Welcome to the website of Camping De Lange Strink

APPROPRIATE MEASURES FOR EVERYONE.

We follow the Dutch RIVM guidelines and protocols to protect you and our health, avoid risks to the spread of viruses.

If you have a fever or a cold don't come to our campsite. Then stay at home. This also applies to family members.

What can you do yourself?

Thank you very much for your cooperation and hope to see you soon!

Our campsite is centrally located just half a mile from the sea, beach and dunes, the Cadzand-Bad shopping centre and the Zwin international marine reserve. 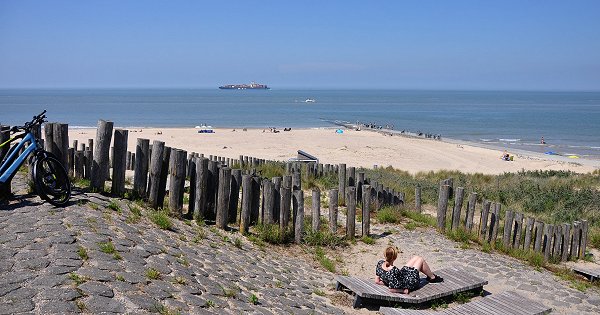 Our campsite is an ideal base for enjoying the numerous biking and hiking trails in the area or for exploring the area on your own. A visit to the medieval city of Bruges – just a half hour drive from our campsite – is also recommended.

Our campsite is located on an ancient Zeelandic Flanders farm where many old features are still recognisable. The farmhouse has recently been rebuilt in its original style.

In and around the campsite there is plenty of space and nature to be enjoyed in peace and tranquillity.

We hope to welcome you here soon!

History of the farmhouse

Previously called the ‘Haeck’ or ‘Lange Schure’, the original construction of the farmhouse dates from before the year 1600, but it was heavily damaged during the liberation in 1944. Originally it was a typical Zeelandic Flanders farm cultivating crops such as wheat (main crop), flax, peas, beet, alongside cattle and cart horses. It is located on the island of Cadzand, the traditional breadbasket of the region.

The old elements of the farmhouse are still recognisable such as the granary, the entrance gate, cistern, carriage house, cattle trough, some remains of the old orchard, an old windbreak and old pastures. The present house was rebuilt in the style of the original structure.

The first camping guests came to the farm back in the 1950s.

History of the region

The surroundings of Cadzand, at the mouth of the Zwin – the waterway to Flanders – were often a frontier region. From the Vikings to the Eighty Years War (Dutch War of Independence) and afterwards, the island of Cadzand was often a battleground. The last time was in 1944 and it long had a troubled history. The area was depopulated several times, sometimes by military intervention. The local settlements include Retranchement, Sluis, Aardenburg and IJzendijke.
Between the peace of Cadzand in 1492 and the current ‘Flame of Peace’ located next to the church in Cadzand village there has been a long history of war and peace. The Zeelandic saying “Luctor et Emergo” – “I struggle and survive” – is certainly applicable.